“For those who don’t understand the proper hand-washing protocol, they can take a tip from the co-working company WeWork. “

WeWork is a commercial real estate company that provides flexible shared workspaces for companies ranging from technology startups to large enterprises. Compared to commercial buildings, WeWork members are able to rent space on a month-to-month basis while also having the option to commit to long-term.

When COVID hit New York City I was employed by WeWork and worked in a building with over 3,500 members throughout 12 floors. I was on a team of six and we were responsible for ensuring a safe space for all.
PERSONA

As fear of COVID began to ramp up in early March, members began to worry about their safety within WeWork buildings and began policing each other.

Like the rest of the world, we didn’t have enough information on the virus and had to update safety regulations within the building as we learned more.

In keeping up with CDC guidelines, I created an interactive hand washing poster for the 25 bathrooms within our building to remind members to wash their hands for 20 seconds.

It became common to check the CDC guidelines daily in hopes of learning more information as it came. One guideline that became easy to control was how long to wash your hands for.
PERSONA

I was out for lunch with my boyfriend’s mother who reminded me, when I was on my way to the restroom, to sing the lyrics of Happy Birthday twice while I washed my hands. I then began to wonder about other songs that would be fun to sing within that 20 second timeframe.
PERSONA 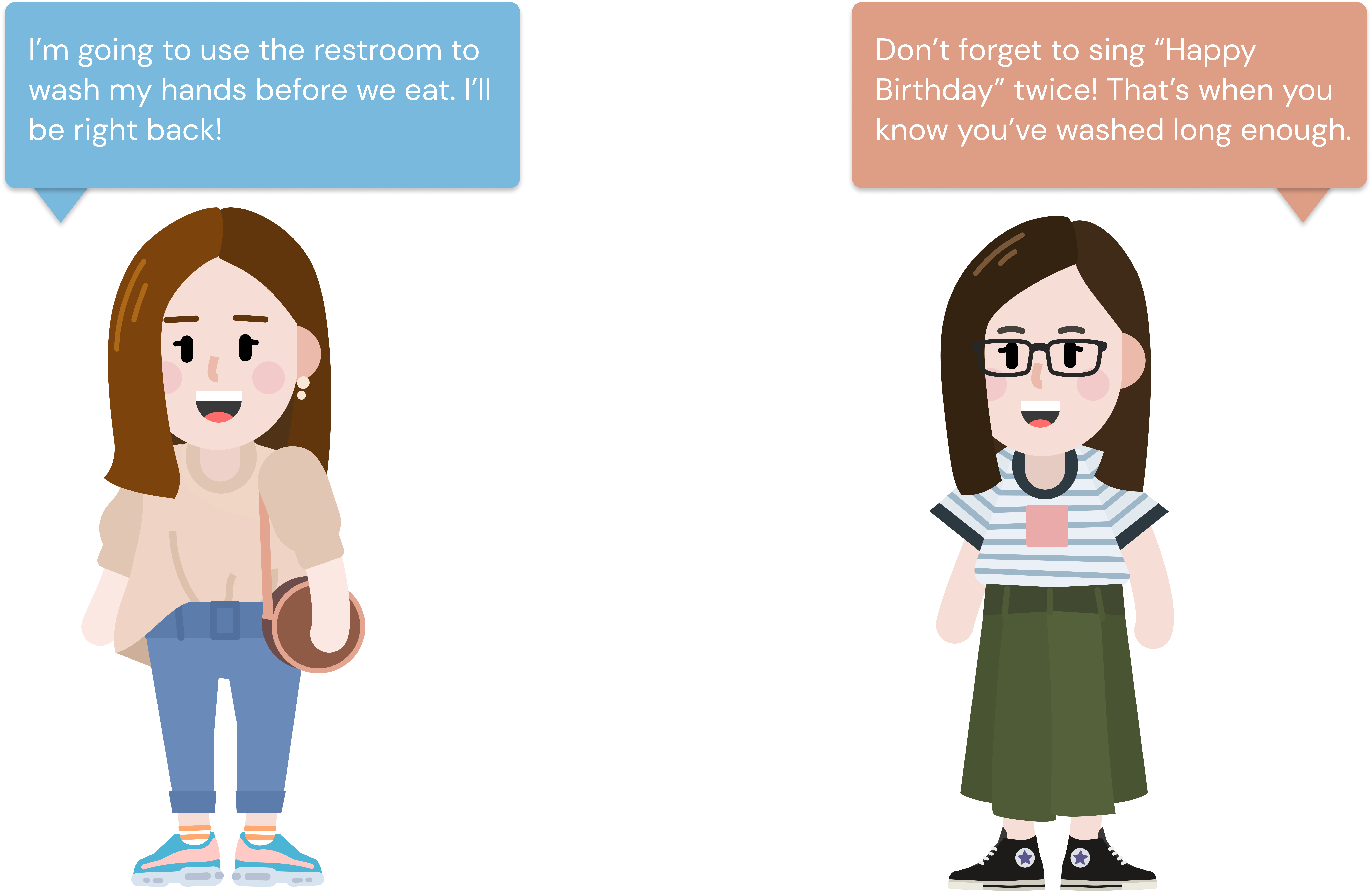 Knowing that our members ranged from the ages of 22-60 years old, I wanted to include songs on the poster that were current top hits as well as songs that were iconic throughout the decades.
PERSONA 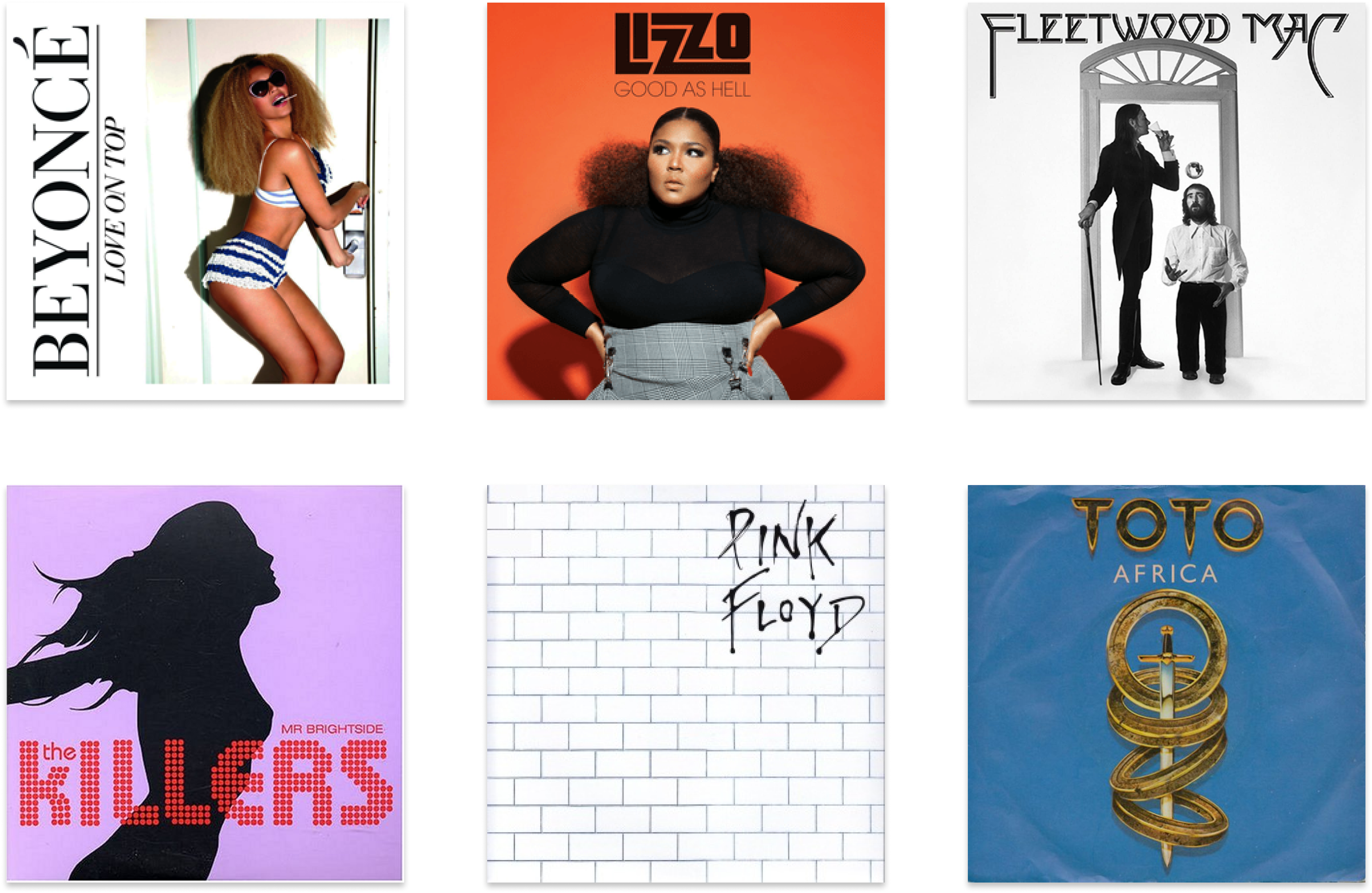 After selecting the songs, I put together the poster with Wework's typography and overall style in mind.
PERSONA 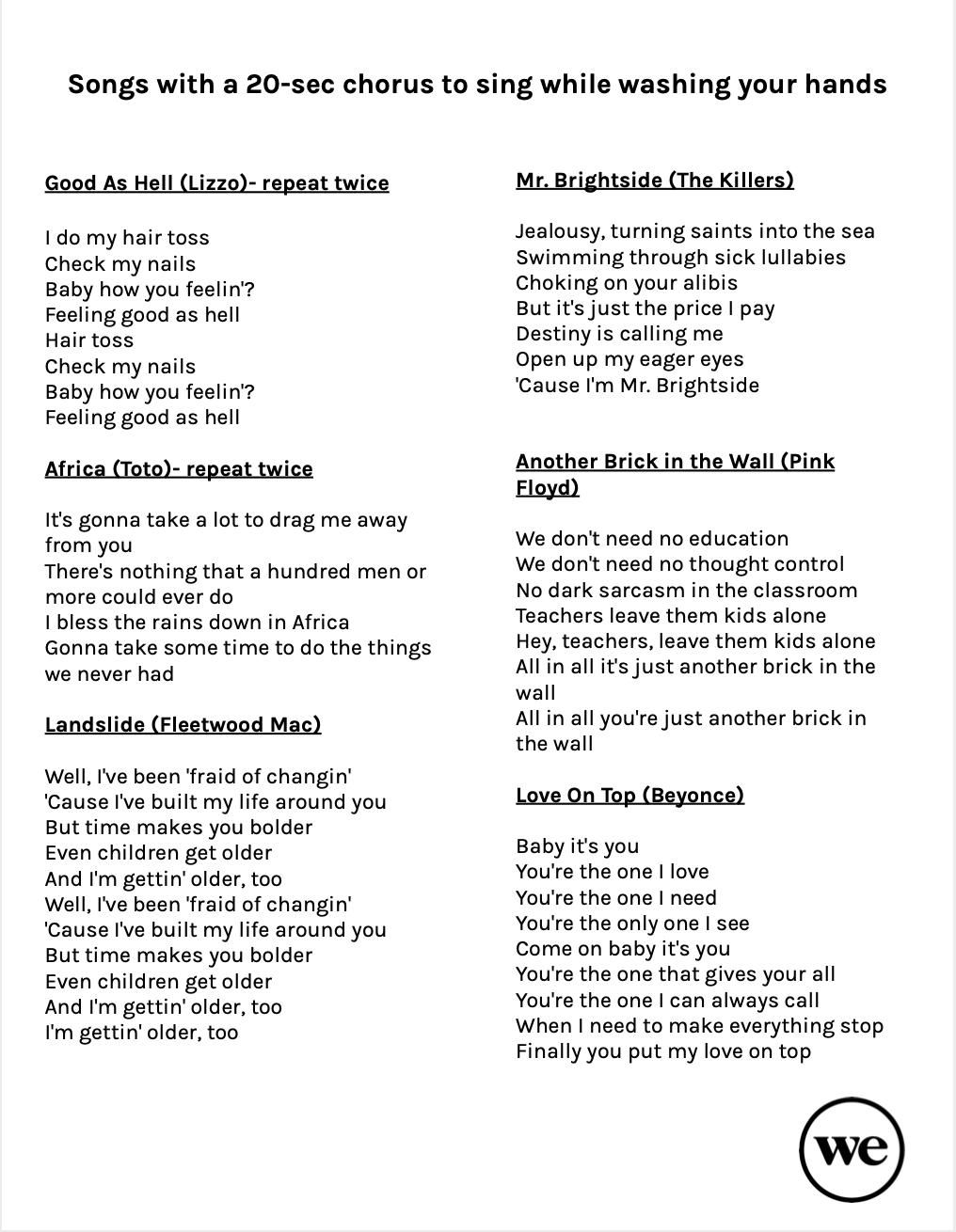 I decided to send the poster to WeWork’s global Slack channel in order to inspire other teams around the world to use it within their buildings.

In a matter of minutes, I was contacted by senior level employees who were impressed by my work and asked to display it within our internal website along with other standardized safety guideline posters. This would reach 800 locations across 120 cities around the world.
PERSONA 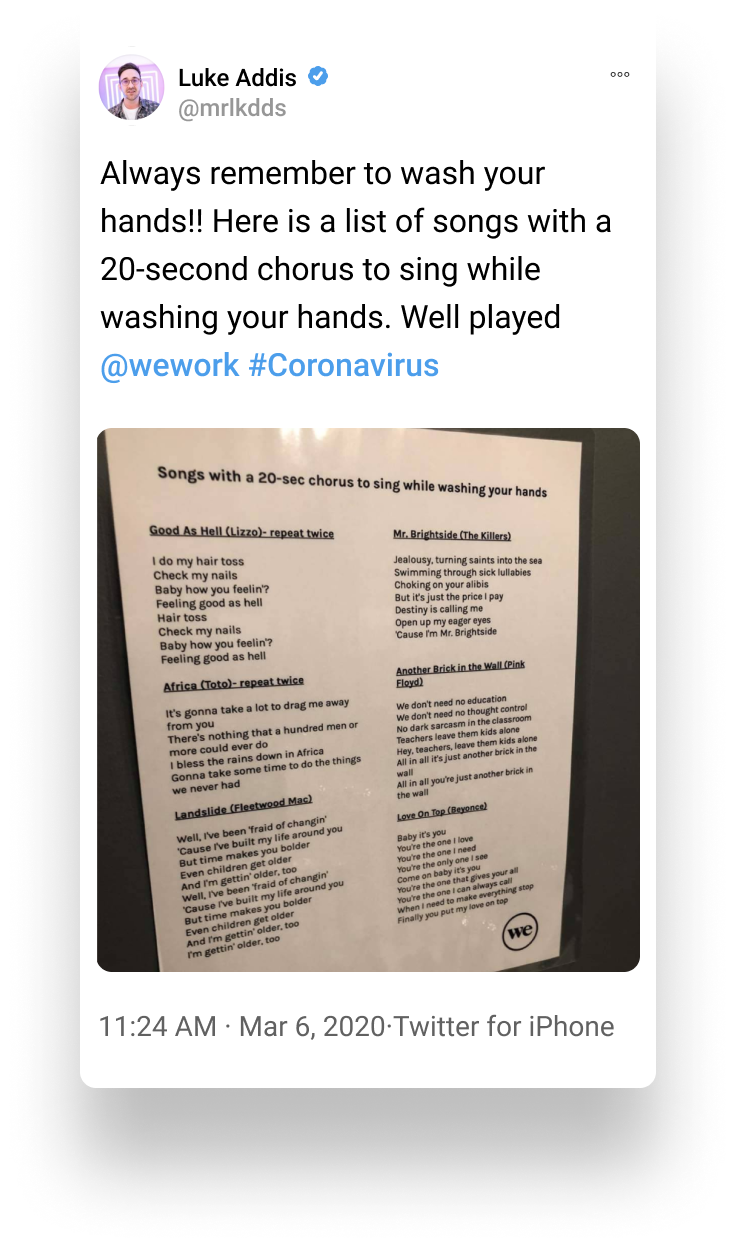 A member within our building tweeted a photo of the poster and it quickly gained momentum and was picked up by several news outlets.
PERSONA 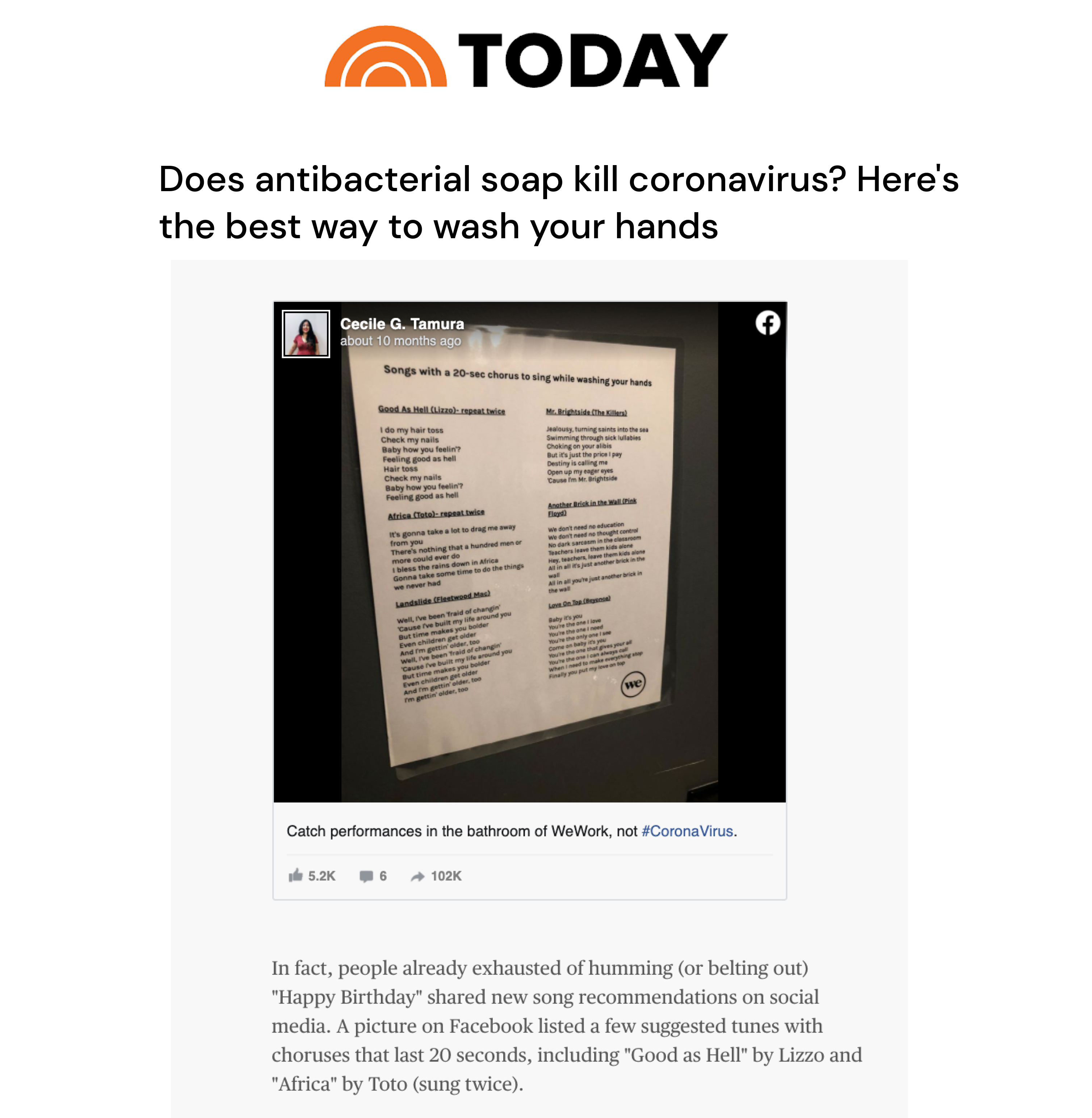 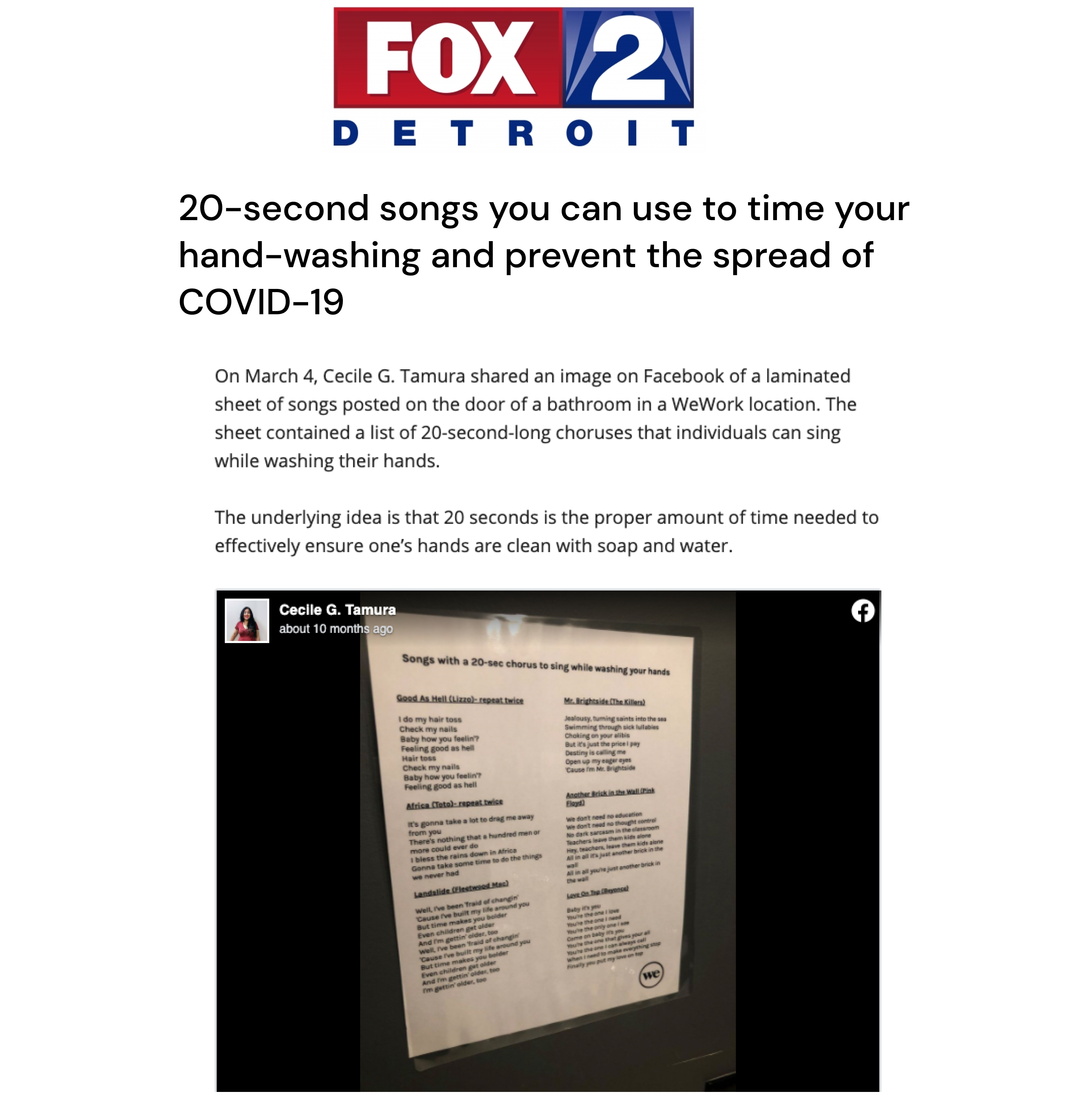 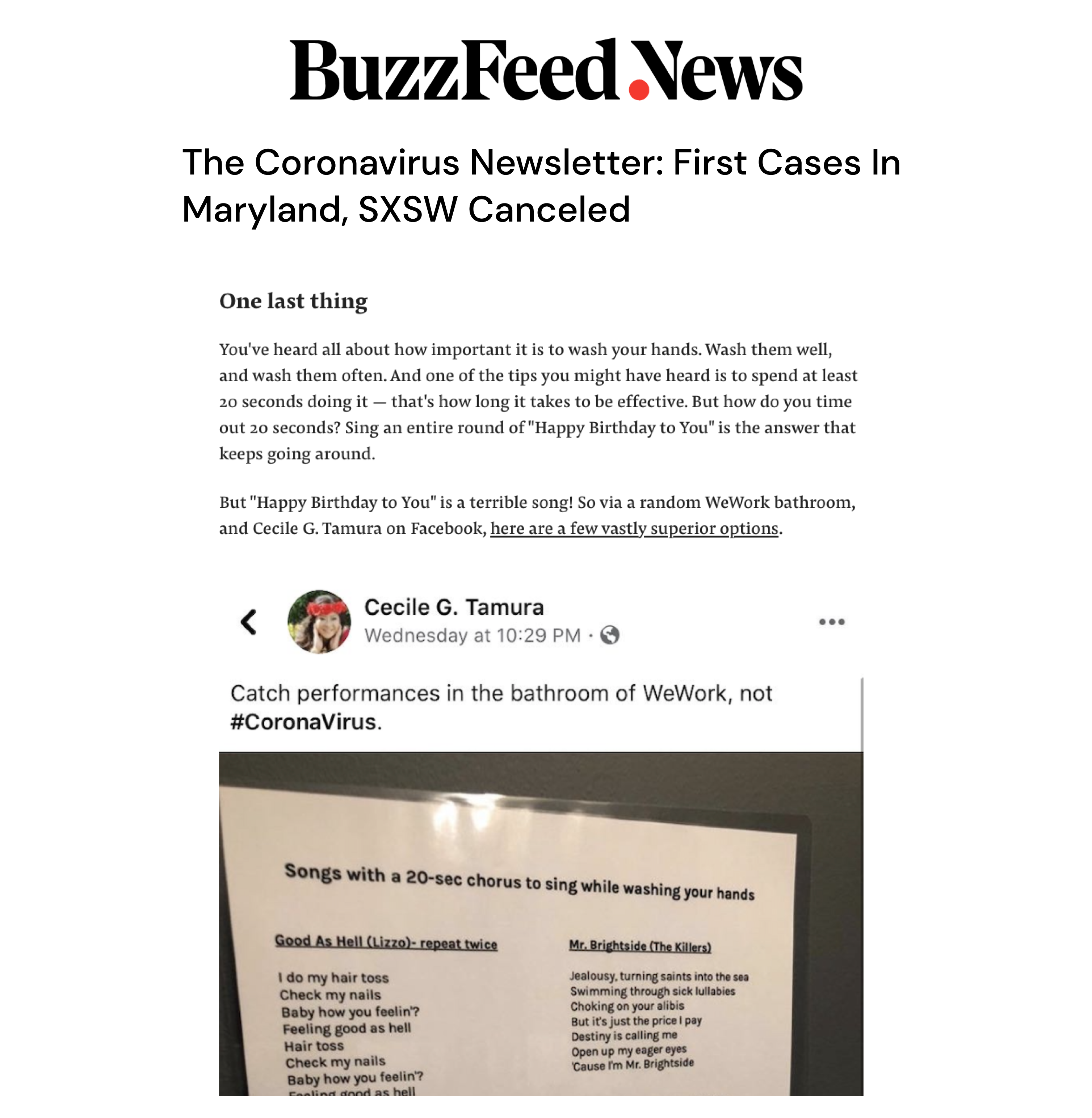 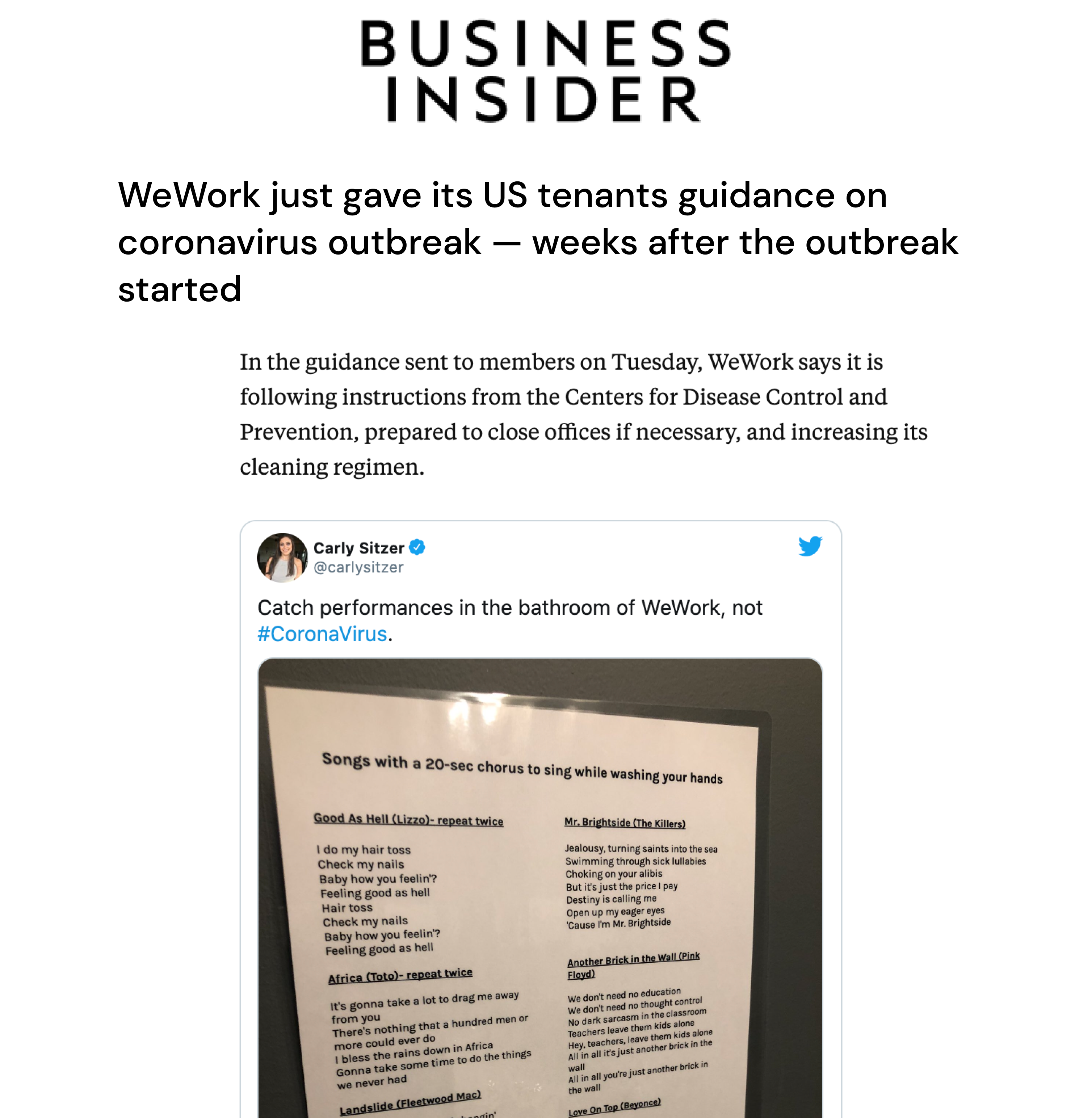 The biggest takeaway from the creation of this poster was to continue to think outside the box and highlight your work. It is so easy to get lost as an employee in a large company like WeWork so it was important to set myself apart from others using my creativity.

Now as a UX Designer, it is clear that I have always had a curiosity when it came to bettering user experience and stopped at nothing to ensure the needs of the members came first.
PERSONA